too good to miss! 15% off for newsletter subscribers!

Hit enter to search or ESC to close

Bleeding for the Pope? No bleedin’ way.

If you’re on the combined pill and you take a 7 day break, you might be horrified to know that you’re unconsciously bleeding for the Pope. Those regular pretend ‘periods’, that us women have been enduring since the introduction of the combined pill 60 years ago, are all because a man was trying to please another man. Yes, seriously.

‘What on earth do you mean’ we hear you ask. Well, Prof of Family Planning and Reproductive Health at UCL, John Guillebaud explained that the gynaecologist John Rock (also a devout catholic) came up with the idea of a ‘break’ because he believed that if the pill was able to imitate the natural menstrual cycle the pope might be more accepting of it.  Whilst using the pill, Catholics would still be able to practice the rhythm method of contraception (accepted by the catholic church) and so Rock though the Pope might just approve it.

Did his nifty plan work?

The pope didn’t go for it and made the decision that the Church would not support Catholics using BC.

Yet bizarrely we still follow these ‘built-in-break’s’ for the pope?!

Have Drs been hiding a dirty little secret for 60 years? Well, it’s all a little bit messy really. It all seems to come down to a combination of Dr’s not wanting to challenge the status quo, and an added element of uncertainty. Until IUD/implants/Depo-shots came in, Dr’s weren’t really sure whether completely skipping your period was safe or not. The jury is out now though, and medically speaking, periods aren’t necessary. It is completely okay to skip the pretend periods and all the glorious PMS symptoms that come with it, by running pill-packs back to back without a break. We checked the NHS website ‘Combined pill contraception guide’ to see their take on things. It clearly states:

Basically, it skirts around the issue completely. No explanation is provided for why this break is needed. This is surprising given that the Faculty of Sexual and Reproductive Healthcare (the official organization which sets reproductive health standards for the NHS) updated its guidelines back in 2019 with the information that there is no health benefit to the monthly break. It’s disappointing that NHS guidance still hasn’t been updated.  Here’s the link to the FSRH guidelines if you wanted a skim through it.  And if you didn’t- here’s what they say word for word about the combined pill:

‘The traditional 21/7 CHC regimen with a monthly withdrawal bleed confers no health benefit over other patterns of CHC use. In addition, symptoms associated with the HFI can be problematic and ovarian activity during a 7-day HFI could risk escape ovulation (particularly with lower doses of EE and if use is not perfect). This guideline highlights the fact that ‘tailored’ CHC regimens in which there are fewer (or no) HFI and/or shortened HFI can be safely used to avoid withdrawal bleeds and associated symptoms and theoretically reduce the risk of contraceptive failure. Suggested tailored regimens (using a monophasic EE CHC) are described. Women should be told about tailored regimens and given their choice of regimen based on their preference.’

A crucial thing to take note of is the mention that the 7 day break can mean risking ovulation.  Risking ovulation ladies.  That means possibly getting pregnant.. which is.. precisely why most of us are on the pill to begin with.

Skipping the break, would 1) minimise the risk of pregnancy, 2) avoid us a plethora of PMS symptoms, 3) reduce the cost of unnecessary sanitary care, 4) reduce the amount of sanitary care plastic in landfill… and there’s  yet another possible benefit to missing these breaks. Unbelievably, a number of scientific studies have shown that the greater number of ovulatory cycles, cumulatively summed as lifetime number of ovulatory cycles (LOC) which a woman has, the higher the risk of developing ovarian cancer.  In other words-

Now isn’t that something that a GP should be telling you before you start the pill?

Frustratingly, there’s a way to go yet. You’ll still find GPs recommending the 7 day break, and you’ll still see it on the instructions leaflets inside your pill pack.  You’ll still need to buy pill packs in 3 or 6 month supplies at the most, (though bigger packs would be cheaper) and you’ll still have pills labelled 1-21 days. And perhaps most disappointingly of all, the NHS is still stuck in the past when it comes to guidance on the combined pill.

So shunning the bleed for the pope will require a little free-styling on the part of the individual. But many of us will take that over bleeding for the pope any day of the week. And perhaps next time you head to the Drs or pharmacy to pick up your prescription, if you can be bold enough to do so, challenge the krusty old narrative, and ask a few questions of your GP. 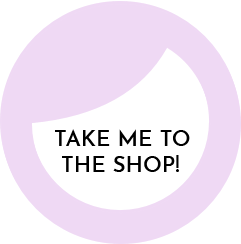